Caldes de Malavella municipality has developed over the centuries with thermal water as one of its main symbols of identity. Situated on the so-called Selva depression, an old tectonic pit created by large faults and volcanic activity. Caldes has always enjoyed the upwellings of thermal waters that reach a temperature of 60ºC. A large part of its cultural heritage is closely related to the use of this natural resource. The Romans, who knew about the mineral medicinal properties of thermal water, settled in this place and called it Aquae Calidae. The thermal baths situated on Sant Grau Hill are their best witness.

At this very place, in the Middle Ages, a small town centre was reborn, walled in accordance with the castle. From this period, notable architectural witnesses are preserved, such as Cal Ferrer de la Plaça, house number 1 on plaza de los Polls, some wall sections with defence towers of the old castle and Can Trelles. While there were originally external walls, of this period, the St. Stephen of Caldes church of Romanesque origin, the remains of Malavella Castle in Sant Maurici and those of Sant Esteve de Caulers stand out.

Between the 16th and 18th centuries, the municipality had no significant growth, rather the outline of streets and buildings within the walled enclosure remained unchanged, often connected to agrarian and artisan activity. However, agricultural activity enjoyed its greatest expansion, which is seen in the construction or consolidation of numerous farmhouses spread out over the territory. 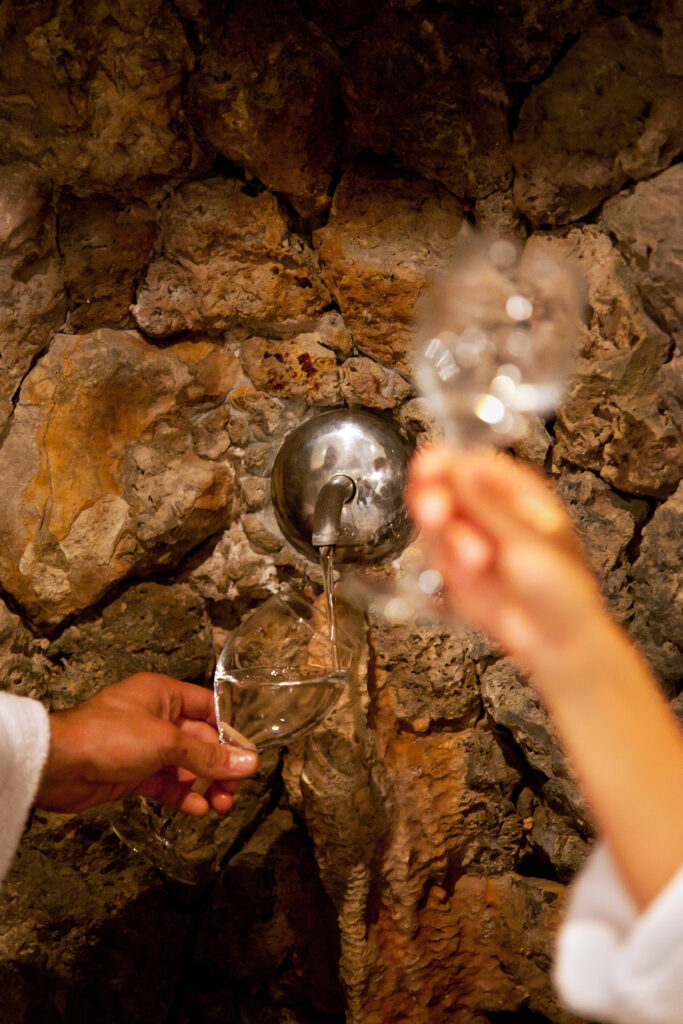