This route starts in the sports zone of Caldes de Malavella. It is a very accessible itinerary, since the elevations are rather insignificant and it is a short route.

This route start in the sports zone of Caldes de Malavella (avda. de Caldes, s/n), in front of the sports pavilion and very near the police station. The first section of the route primarily goes through part of Caldes de Malavella town centre, until it exits the town in a southernly direction along the Vidreres path. Shortly after the detour towards the Malavella Parc urban development, the routes detours towards a forest track to the left that leads directly to St. Maurice, which gives its name to the route. St. Maurice is a 19th century sanctuary that is located right next to the remains of the old Malavella Castle. This castle, of military origin and which operated up to the 14th century, dates from the 11th century and formed part of the Barony of Llagostera. Along the route, it is important to underline that the landscape is typical of the Selva plain, with agricultural lands and remnants of forests. This route shares the start with the Camps de l’Onyar Route which can serve as a complement if we still want more. 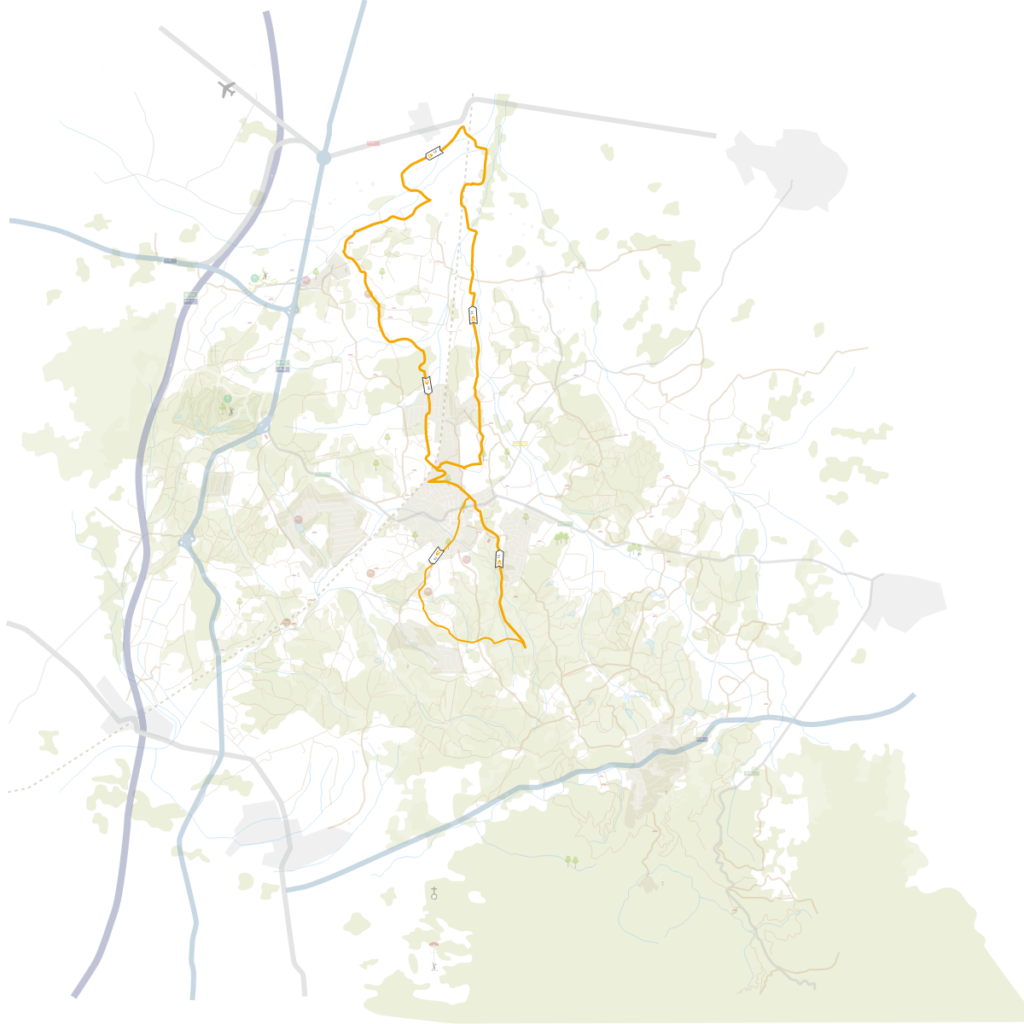