Signed self-guided tour of the Camp dels Ninots paleontological site, declared a National Cultural Heritage Site. Below these agricultural fields lies one of the few sites that enable the reconstruction of an entire ecosystem of some 3 million years ago, specifically of the period that is known as Upper Pliocene.

The toponymy of Camp dels Ninots comes from when many locals went there to seek out what they called muñecos: stones (menilite opal) with curious forms and kidney shaped, with which they would play at imagining different figures.

The scientific works that have been carried out since 2003 have enabled animal fossil remains to be recovered: birds, fish, amphibians, reptiles and mammals such as bovines and tapirs, and plant remains such as leaves, trunks and pollens. Thanks to these studies, it is known that the site is situated on an ancient volcano, in whose crater a lake formed when volcanic activity stopped. 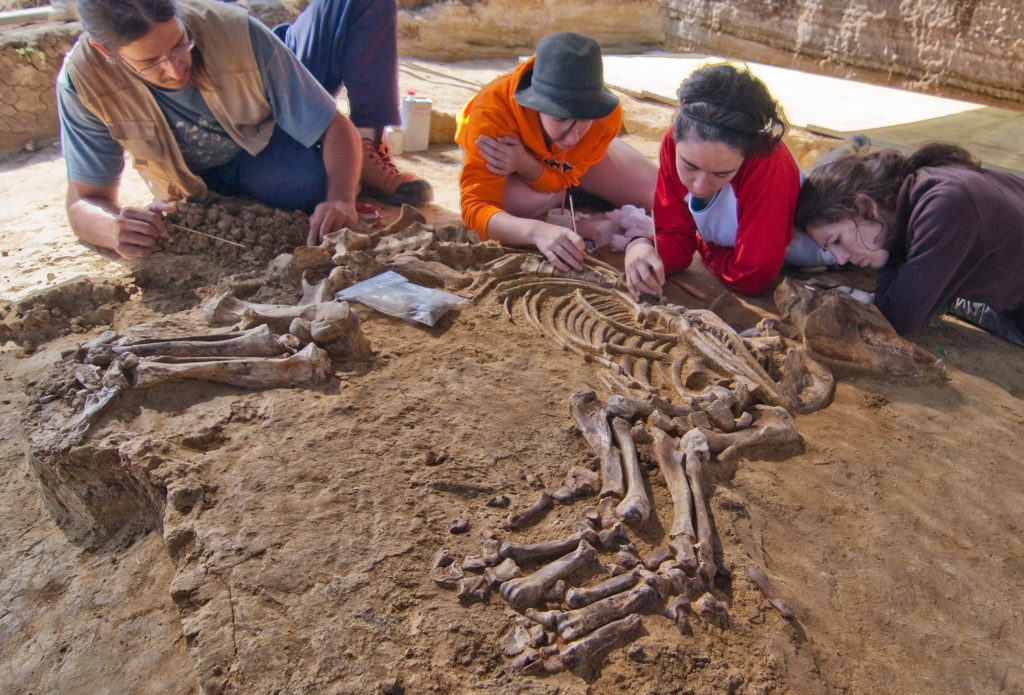 Learn more
All the activities